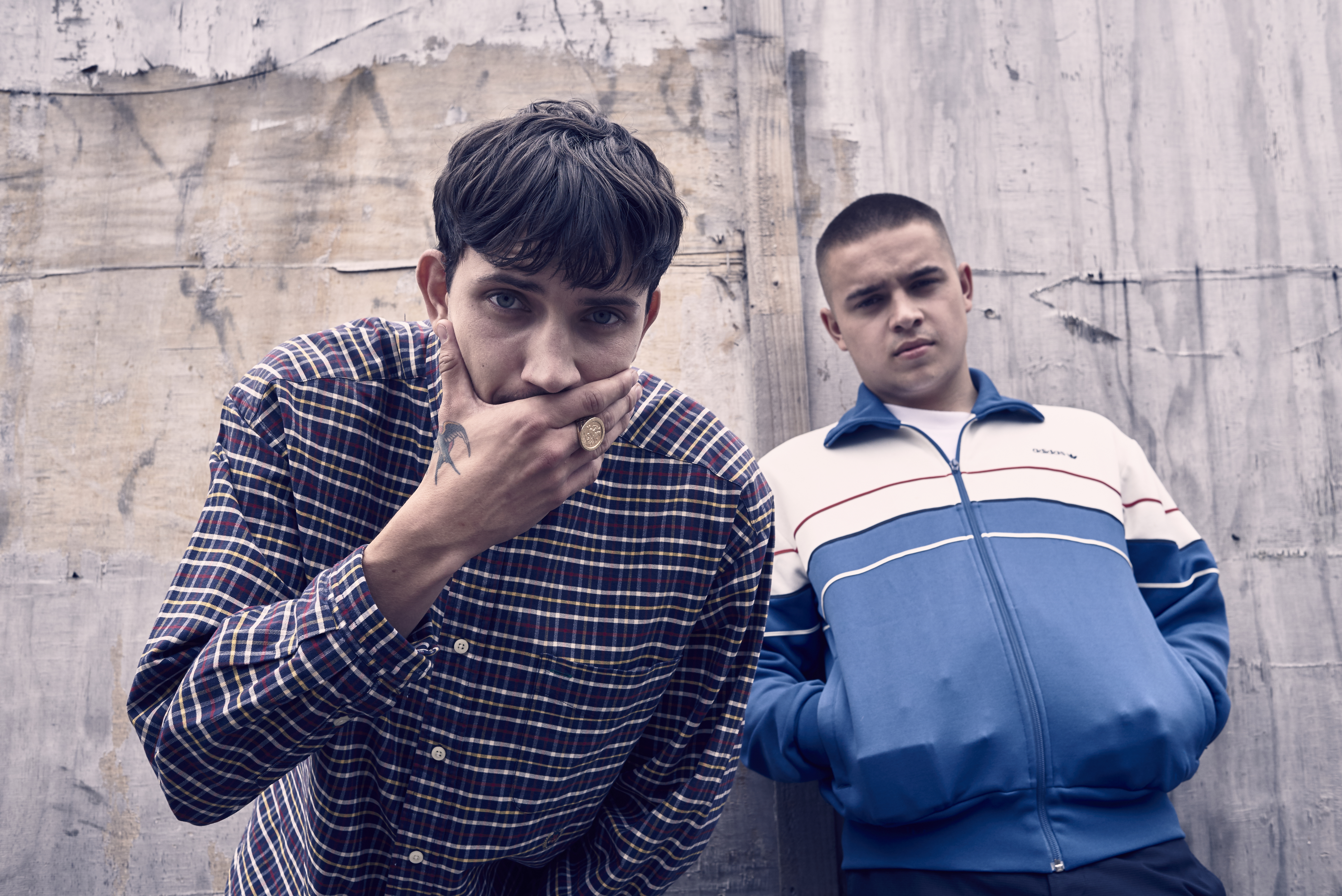 Our next featured artist are half-brothers Rhys Kirkby-Cox and Harvey Kirkby that come together under the moniker Everyone You Know. Coming from the satellite towns of London the duo take influence from a range of UK garage, hip hop, punk and 90’s rave, crafting their own contemporary sound. Echoing the feeling’s of clear-eyed, disillusioned youth through a raw lens,  the two music makers claim family as the key to unlocking their current status as two of the most honest emerging artists in the country.

Rhys and Harvey have cited the heavy influence that came through their their dad – A huge music fan who was into jungle and hip hop when Rhys and Harvey were growing up, allowing the pair to soak up east coast hip hop as well as tunes from the burgeoning jungle scene in the UK. Naturally this gave the half-brothers the kind of lessons in cult music history that money simply can’t buy.

Having released two undeniable heaters in “Sinners” and “Our Generation”, the half-brothers released their debut EP “Cheer Up Charlie” last month. The EP shows the realities of being hard-up and young with a boredom-fuelled aggression, neatly balanced by a kind of naturally innovative melodic experimentation.

We caught up with Harvey and Rhys in true Yack! style – See what they had to say:

You are half-brothers, what does that bring to your music?

Rhys – Being brothers definitely effects the music in a positive way. We have both obviously had similar upbringings and are in to similar things, so it gives us a good understanding when it comes to the music.

Your latest EP is influenced by a range of artists, but are there any artist that aren’t as well known that have had an impact on your music?

H: Not really. The main influences for the beats came from a lot of rave and hip hop music in the late 80’s early 90’s.

R: From a lyrical point of view I would say no. When it comes to the lyrics it’s more situations and people that we draw influence from.

H: Family and friends are probably our biggest influence on everything. Without them the music wouldn’t sound like it does and the lyrics wouldn’t be what they are.

R: Yeah 100%. I would say everyone in our day to day lives definitely has an effect on the music in one way or another. That’s where a lot of the inspiration to write lyrics comes from. And we were also fortunate enough to grow up in a family that were massively into their music, especially our old man. So they/he has had a big influence on it.

‘Cheer Up Charlie’ and the videos you have put out give a gritty commentary on British life, what was the motivation behind this?

H: There weren’t really any motivation to make it seem like that we just want the videos to represent the life we live and the environment we have grown up in.

R: I don’t think it was an intentional thing to necessarily make them ‘gritty’. We just make music that is true to ourselves and that is real. It’s just social commentary. It would be easy to talk about; cars, girls, money, perfect relationships etc like a lot of music you hear in the charts. But we’re not about that. We make music for everyday people.

R: My mate asked me this exact question the other day. I don’t know about anyone else but I love The Beatles. Legends.

What does 2019 have in store for Everyone You Know?

H: I have no idea. Would love to start doing festivals, that would be wicked, we’ll be releasing our next EP and hopefully start looking at an album towards the back end of the year.

R: 2019 should be a good one for us. We have our second EP coming, which we are just in the process of finishing now. And I’m sure a lot more gigs.

H: I’d change my ears so that whenever Liam Payne gets played I just hear white noise for the entirety of the tune.

R: If I was to give a serious answer I would say to end all terminal illness’ for sure. But if we’re going a bit less serious I would probably fuck the X-factor off. Or maybe just make winter only last one month, then back to spring/summer again. I ain’t a fan of the cold.

H: Probably just ask him why he’s out mugging people and if he needs a hug.

R: Fucking hell there’s a question. Well he must be pushing 70 now surely? So I definitely reckon I could out run him. The last thing I need to be doing is getting mugged by Mr. America.

H: They’ve both got a fuck load of money why are they mugging people

R: She can have all of my possessions. She’s earned them as far as I’m concerned. Also what has happened to both Hulk Hogans and Carol Voderman’s careers for them to be out mugging? Surely they both have a decent pension?

Lastly, and most importantly, who has been the most and least sexy celebrity of 2018?

Checkout the full stream for Everyone You Know’s ‘Cheer Up Charlie’ EP below.