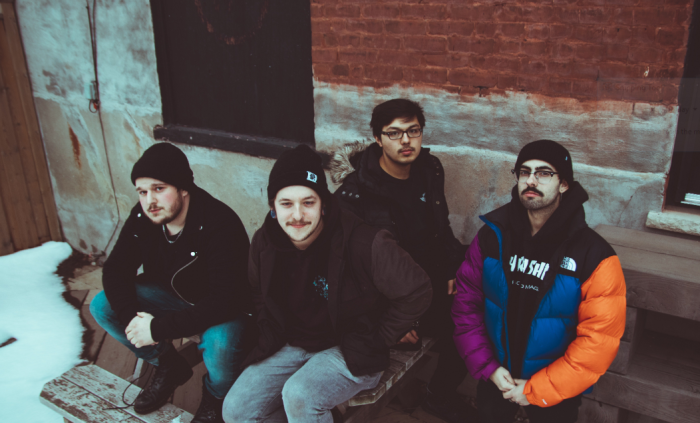 Toronto has kicked up some great bands and now you can add four piece Colourblind to that long and ever-growing list. Today receiving the highest accolade in music by being Yack!’s Track Of The Day with their new single ‘Roles Reversed’ the band are simply climbing into the public’s consciousness with their crisp brand of alt rock. Growing up listening to classic grunge bands the band have taken great influence from their musical heritage and it absolutely shows in the music they are creating.

This new single is powerful, energetic, strong and heavy whilst maintaining a kind of upbeat energy you would find in a lot of mid-naughties pop punk bands. There is a hint of the emo generation about the way the track is laid out and the many genres that you can hear spilling into ‘Roles Reversed’ is telling of the kind of music that Colourblind were listening to as they grew up. The single is your classic american jam, big energy, big guitars and even bigger choruses, it’s clear this band know how to write a song and write it well.