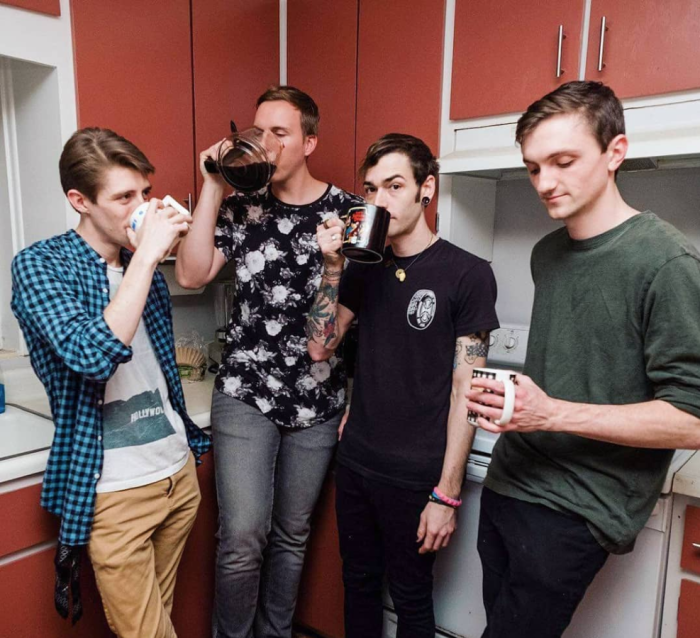 Formed back in 2012 Arrows in Action have slowly but surely been making a name for themselves. Having supported the likes of  We The Kings and Cute Is What We Aim For, the four-piece have already released a host of singles and EPs, now the latest offering ‘Forfeit’ comes as part of the bands new four song EP ‘Hell In Paradise’. Coming through with frank observations about live in your mid-twenties, Arrows In Action use far ranging influences from Ska to Soul and emerge with something quite special.

‘Forfeit’ could get classed in that classic late 00s emo/alt rock sound, however like their aforementioned range of influences there is alot more to this single. Sure, on the surface you get that pop punk-y feeling with a Panic!-esque vocal, but subtleties in the bridges and middle 8 show that their is a depth to Arrows In Action’s songwriting that incorporates, at times, a little math rock and inflections of heavy metal. Overall ‘Forfeit’ is just an energetic, unashamedly fun rock song that would make for a killer live show.