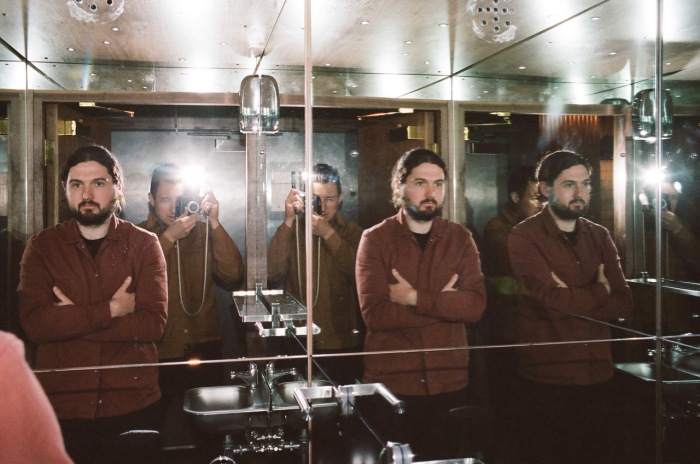 Yes. Yes. Yes. What a better way to start the weekend than to sit down with the new collaboration between Milburn’s Joe Carnall and Arctic Monkeys Matt Helders. Born, raised and residing in Sheffield, a city synonymous with jarringly honest indie rock, Joe Carnall has been a reluctant figurehead of that music scene for over a decade.

Becoming eager to explore a different space, Carnall now embarks on a new venture with the help of close friend Matt Helders. The result… Good Cop Bad Cop. Written by Carnall and produced by Helders, the project begins with their debut release ‘Silk & Leather’ that emerges as a vintage-tinged, polished electronic canvas that allows Carnall’s vocal to soar and float around with sublime melodies.

Long-time friends and ex-neighbours, Carnall sent a couple of his early homemade demos across the pond simply because he thought Helders “would be into it.” – from that initial exchange began a bigger conversation about Helders trying his hand at production and making the record in his soon-to-be-completed home studio in the Hollywood Hills.