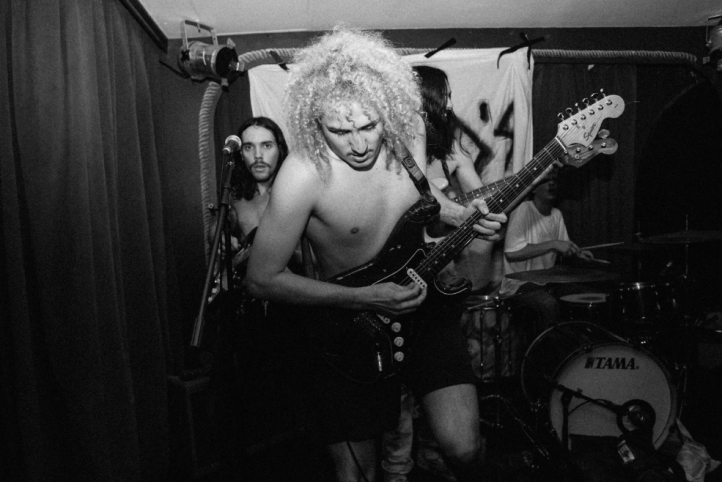 Here is a fine, fine entrance from Aussie punk outfit Pleasure Coma and their debut ‘Waiting’. The track is released ahead of their first EP that will be called ‘Naked’ and will be out later this year. Having been plugging away on the live circuit for some time in their native Australia the time feels right to give the world their brand of wonky punk rock.

‘Waiting’ comes complete with a wicked video – Exercise bikes, german subtitles and the act of being force fed milk all contribute to the wildly amusing punk aesthetic. This feeling runs beyond just image, their music has a charm and delicacy about it, whilst maintaining a rough and ready edge.

Speaking on the track Pleasure Coma guitarist/vocalist Tasker says; “The waiting video was an obscure attempt to represent the track’s lyrics of being fed bullshit from the music industry, which in the long run, gets you nowhere. All the vomiting filmed in the deleted scenes was also a testament to the fact the humans should stay clear of milk.”