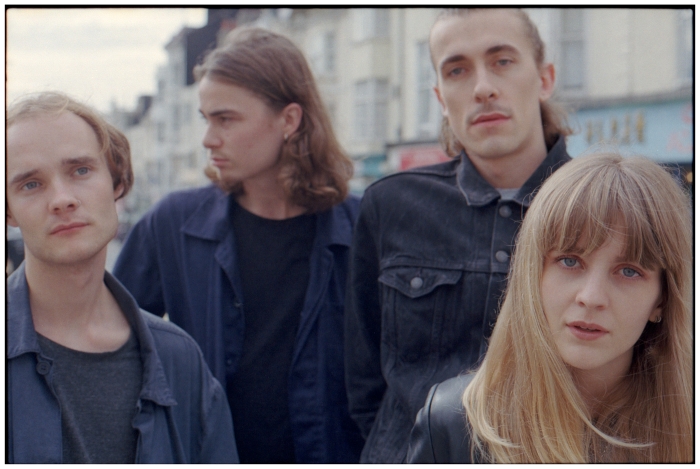 Brighton post-punk four-piece Thyla shared their wonderfully accomplished new single ‘Blue’ last week. The track comes as the second fist-clenched offering from the band’s upcoming debut EP ‘What’s On Your Mind’ – out February 1st. Without even dropping a full body of work Thyla have already been tipped for big things with the four-piece impressively finding themselves spotlighted amongst NME’s 100 Essential Acts for 2018, and have quickly justified the inclusion with a host of support slots alongside the likes of Slaves and Sunflower Bean.

The emerging outfit’s latest release has a rich, anthemic quality that is backed-up with their signature grunge-infused edge. Produced by Macks Faulkron and mixed by Alex Newport, ‘Blue’ simply adds to the growing list of reasons why you should keep your eyes on Thyla.

Discussing their upcoming release, the quartet stated: “The lyrics came from a similar place to the themes and ideas found in many of our other songs. Blue as in, I got the blues, hones in on the rapid and unstoppable rate of change in the way we interact with people. Blue as in, the colour of the Twitter and Facebook interface, makes for an ironic double entendre. The things making us sad, is the colour of sad, “I’m blue” is both the cause and the symptom!”