The new single from Firewoodisland ‘Simon’ is a relaxing mix of traditional folk and medieval celtic music. Like many folky tracks before it, ‘Simon’ takes you on an uplifting journey. Marching beats take you through the wilderness, with the flute as your tour guide and the harmonic voices building into a crescendo creating a euphoric atmosphere.

Unfortunately this is a journey I’ve been on too many times before, and I have to say it, I’ve been on better.

It is easy to see what Firewoodisland are going for here, and in the generic sense they do folk well. Think Mumford & Sons with a celtic twist, the beat of the drum keeping you on your toes, whilst the vocal harmonies almost lift you off the ground. The medieval sounding flute gives the song that typical Firewoodisland sound.

‘Simon’ soothes you without ever really comforting you. The lyrics don’t grab at you quite like they should, often leaving you feeling slightly dazed, with their lack of meaning and at times sense. The sentences at times stumble over each other, and seem too caught up in the folky essence that Firewoodisland are looking to produce. 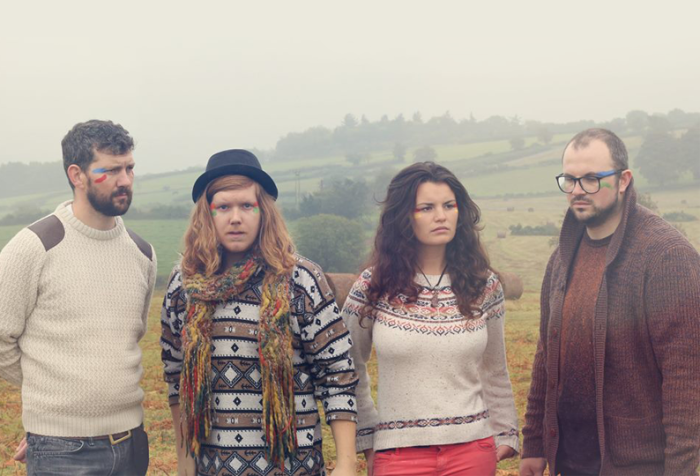 The music in the song itself is nice and easy to listen to. Something you could relax to on an evening or tap you feet along to in the day, Firewoodislands music would fit perfectly into the indie festivals they no doubt are poised to dominate over the coming years.

The harmonic voices do work and create a soothing yet uplifting sound, but fail to pack a punch. Tickling you with an ever beckoning finger but never quite providing you with the sweet release promised by the tease.

The single has credentials. Mastered by the legendary Abbey Road engineer Frank Arkwright, it showcases the bands ability to create a mesmerising atmosphere. Inspired by the traditional folk music of Wales and Norway, the self described “Celtic Viking” sound is not as apparent in ‘Simon’ as it is in their other tracks.

This review could certainly be coming across as over critical, and I’ll forgive you for thinking that i’m angry at the world because really ‘Simon’ isn’t doing anything wrong. It’s a nice sounding track with delightful harmonies, but herein lies the problem.

My feeling here is that with this track Firewoodisland are just trying too hard, and that maybe it should just slide back into the mediocre wilderness where it came from. It’s a little bit of a shame because you can respect what the band are trying to achieve here. Many of their other tracks are more unique, and more influenced by the nordic nature that is instilled in the band. I would recommend not judging the band by this single alone and instead checking out the E.P. ILD.